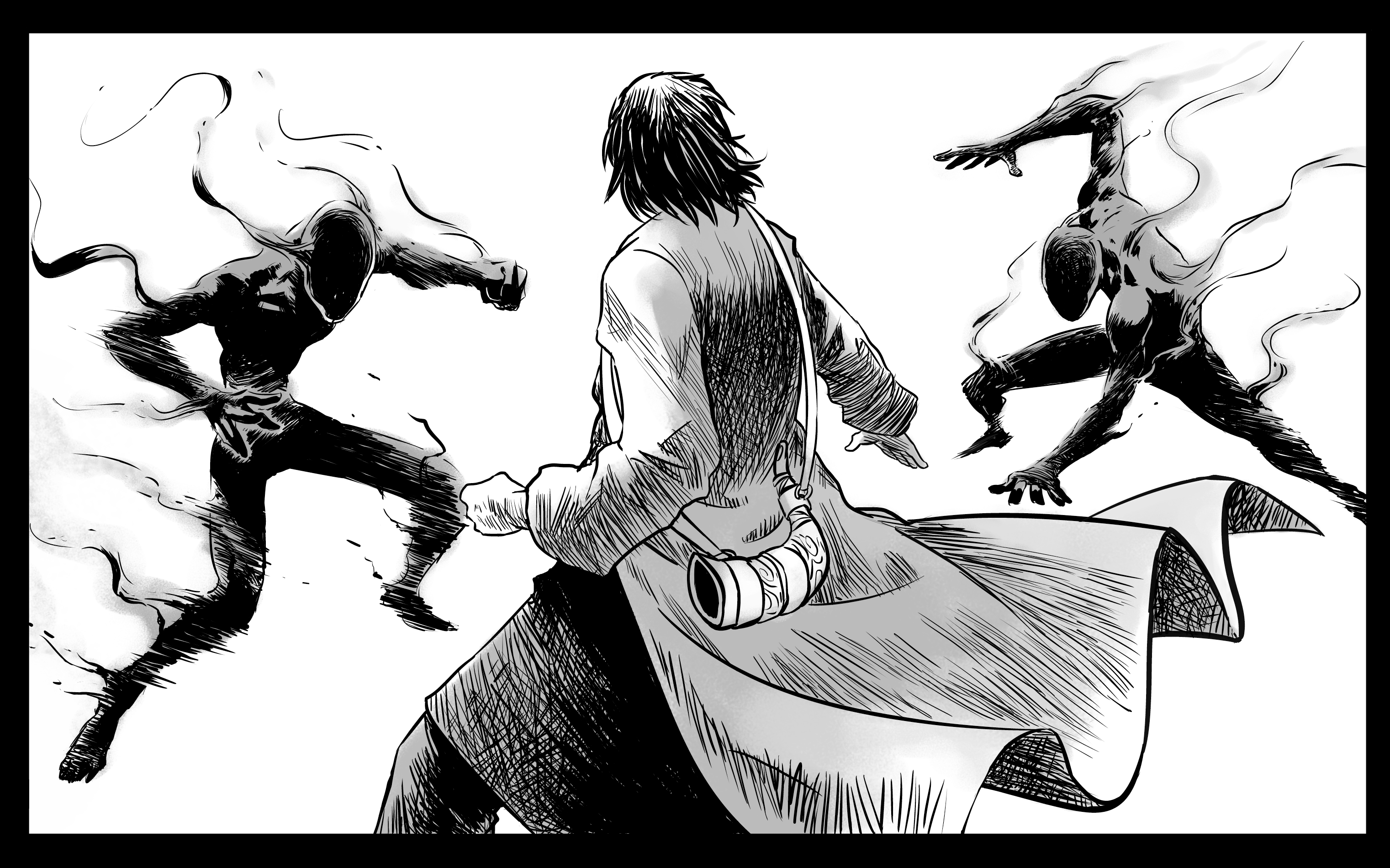 There are many ways Jesus fulfilled the story of Ancient Israel. But did you know that Jesus also fulfilled it by re-conquering the Promise Land spiritually?

This fulfillment of Ancient Israel’s story is intimately reflected in His:

The details of how this “fulfillment” takes place, as we’ll see, unlock epic riches of biblical meaning.

The New Joshua (What’s in a Name?)

The ancient Israelites had wandered the wilderness 40 years when God finally chose Joshua to lead them into the Promised Land. Joshua’s name, which means “The LORD saves”, would prove true many times as God delivered His people to victory in their battles to lay claim to the lands promised to Abraham’s descendents long ago.

Now a new Joshua (“Jesus” being a form of “Joshua” in Greek) had come to lead the people not out of a physical wilderness but a spiritual one – and not into a physical Promised Land but the deeper spiritual reality of the Kingdom of God breaking into the world (Mark 1:14b-15).

For Ancient Israel, the entrance into and subsequent conquest of future Israel’s lands had begun at the Jordan river. There, God had miraculously created an opening in the waters through Joshua, officially launching his career as Moses’ successor, by “causing the waters [of the Jordan] coming down from above [to] stand in one heap” and “dry ground” to appear so that the people could cross over them into the promised lands (Joshua 3).

This miraculous event, like the crossing of the Red Sea under Moses, had echoed God’s foundational acts of causing the earthly waters below to “be gathered together into one place” so that “dry land” could appear on the third day of Creation (See Genesis 1:9-10 vs Joshua 3:13,17). By bringing land out of the primordial waters at Creation, God first made a way for His future Creation and ultimately children and image bearers to live as He intended.

Returning to the “New Joshua”, Jesus’ time on the center stage would also begin at the Jordan and with a miraculous event, His baptism (Mark 1:9-11), that also called back to the original Creation event just as it also pointed forward symbolically to humanity’s rebirth in righteousness through His death and resurrection: the ultimate biblical “New Creation” event itself!

Some have even suggested that just as the original Creation saw God part the waters into those above and below, the “New Joshua” would part not the earthly waters of the Jordan “below” but the heavenly waters “above” it, splitting the sky open for the Spirit to come down as the first example of humanity reborn as a “New Creation” in the spiritual “Promise Land” of the Kingdom of God1.

But this was only the beginning… For as Joshua’s leading Israel across the Jordan quickly turned to Israel’s conquest of the land, the “New Joshua”‘s public life and ministry would immediately turn to spiritually re-conquering the land and liberating people to live in the reality of God’s Kingdom in the process.

“She will bear a son, and you shall call his name [Joshua], for he will save his people from their sins.” (Matthew 1:21 ESV)

And so Mark in his opening chapter quickly turns from detailing Jesus’ beginning at the Jordan to telling us the same.

And he said to them, “Let us go on to the next towns, that I may preach there also, for that is why I came out.” And he went throughout all Galilee, preaching in their synagogues and casting out demons. (Mark 1:38-39 ESV)

Still, many readers of the Old Testament will recall that not all Ancient Israel’s lands were conquered under Joshua’s leadership. Perhaps of greatest note here are the lands that would become Jerusalem, Israel’s capital, which would only later be conquered under the leadership of King David himself.

David’s expanding Israel’s possessed promise lands to also include Jerusalem is no small matter. For it is there that not only would he reign on his human throne, but that his son Solomon would build a Temple to replace the Tabernacle. This central place of God’s presence amidst His people (in the “holy of holies”), reflected God’s role as the ultimate King reigning in His people’s midst and was also where the sacrifices of the Old Covenant were performed that accommodated for God’s presence abiding amidst an imperfect people in the first place.

So it is with some great contextual meaning that Jesus’ re-conquest of the promised land (his public life and ministry) should ultimately turn toward Jerusalem and the Temple for a final showdown with darkness. Here He would fulfill, albeit in spiritual way, even the warrior feats of King David by continuing his battle with wickedness and oppression as He moves on Ancient Israel’s capital to satisfy His destiny as the ultimate heir to David’s throne.

As Bible scholar Richard B. Hayes observes2, we find throughout the Gospel of Matthew an association between Jesus’ healing and/or demon-expelling acts and the title, “Son of David” being applied to him by those witnessing the events (Matt. 9:27-31; 12:22-32; 15:22; 20:29-34). But one of particular note occurs while Jesus is in the temple in Jerusalem fulfilling His destiny by that title.

For after Jesus has cleared the temple of money changers in Matthew 21, we read about “The lame and the blind [coming] to him in the temple, and [him healing] them.” And in the very next sentence, about the annoyance of the chief priests and scribes witnessing this and the children crying out in response, “Hosanna to the son of David!” (Matt. 21:14-15).

But the meaning of Jesus climatic acts in the temple in Jerusalem reflecting his identify as the Dravidic heir go much deeper. For as Hayes observes, David’s own conquest of Jerusalem from the Jebusites includes note of how the Jebusites scoffed at David prior to his taking the territory in regards to their “blind” and “lame”:

The king and his men went to Jerusalem against the Jebusites, the inhabitants of the land, who spoke to David, saying, “The blind and the lame will keep you out of here,” thinking, “David can’t come in here.” Nevertheless David took the stronghold of Zion. This is David’s city. David said on that day, “Whoever strikes the Jebusites, let him go up to the watercourse and strike those lame and blind, who are hated by David’s soul.” Therefore they say, “The blind and the lame can’t come into the house.” (2 Samuel 5:6-8 WEB)

Yet, here at this pivotal moment, Jesus as “Son of David” welcomes the blind and lame into the Lord’s own house – the temple in Jersulame – and heals them!

And while Jesus healings in this particular case aren’t described as involving expelling demons, they are both (a) associated with his identity as “Son of David” which is itself associated with his healings and demon banishing elsewhere (verses cited above) and (b) reflect a clear spiritual fulfillment of David’s own feats as warrior King, mainly his expanding the promise land to include Jerusalem, where Jesus acts now.

Finally, Jesus climatic showdown with darkness in Jerusalem is also reflected in other ways including the nature Judas’ betrayal (John 13:26-27) and the New Testament understanding of Jesus death and resurrection in the city of David as the ultimate defeat of Satan and the forces of darkness (See Colossians 2:13-15; 1:10-14)3.

And so to conclude concisely: that’s how the public life and ministry of Jesus can be see as a spiritual re-conquest of the promise lands of Ancient Israel, from beginning to end.

It begins, with his fulfillment of Israel’s physical conquest under his name sake, the original Joshua, here with Jesus spiritually reconquering the land by casting out demons.

And concludes, with his completing his fulfillment of the warrior King David, turning his ministry to Jerusalem, where Jesus first fulfills David’s physical conquest of that final part of the promised land through healings and then proceeds to defeat the forces of darkness on the cross in a ultimate fashion.

(2) Richard B. Hays, Echoes of Scripture in the Gospels, p. 147-148(3) https://realfaith.com/what-christians-believe/jesus-defeat-satan-demons-cross/